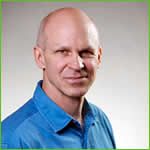 The Engager Project: developing and evaluating a collaborative care intervention for offenders with common mental health problems, near to and after release.

Offenders suffer from a range of health problems, both while in prison and after their release. More than half have a mental health problem of some kind. While prison healthcare has improved over the last decade, mental healthcare is minimal except for those with the most severe problems. Additionally, care after leaving prison is particularly lacking for those serving short sentences. Addressing offenders' mental health problems could lead to considerable gains: to the offenders' own health; to the wellbeing of their families and communities; along with wider economic and social benefits due to reductions in reoffending.

The Engager project is a five-year project, funded by the NIHR Programme Grants for Applied Research (PGfAR). Working with professionals and offenders, it will develop and evaluate a collaborative care intervention for offenders with common mental health problems, near to and after release. It is based at two sites, one in the Northwest and one in the Southwest of England.

The RDS SW has supported the project throughout its development and members of the team attended the RDS Residential Retreat to help develop the application for funding from the NIHR PGfAR programme. Professor Richard Byng, who is leading the Engager project said: “The RDS have been consistently supportive, well organised, constructively critical and able to provide the full range of methodological advice. They were an essential support for a relatively inexperienced team putting together a programme grant."

Sign up to RDS SW research and funding news alerts

Please note that the information you provide above will be passed to a mailing house which will distribute the eBulletin on behalf of the RDS SW. See our 'data protection & privacy statement' for further information.